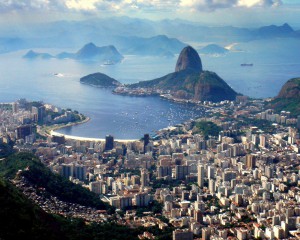 Apart of being the site for the World Cup, Brazil has a lot of touristic places. For instance, take the beaches (Rio do Janeiro, Florianopolis or Santa Catarina).Iguazu Waterfalls (not more than 500 kms away from Curitiba, city where a couple of games will take place).

“O pantanal” a place where you’ll see the most extraordinary fauna in your life.

END_OF_DOCUMENT_TOKEN_TO_BE_REPLACED

The highest Forest stratum, which reaches 30 meters in height, includes adult trees that form an uninterrupted roof of ramifications and dense foliage. This is the stratum that filters and administers the right amount of sunlight to the lower strata.

The smallest trees, between 3 and 10 meters high, make up to the so-called intermediate stratum. This layer is characterized by its discontinuous canopy, presence of young trees that will renew the forest, several fruit trees, bamboos and arborescent ferns.

The lowest stratum, up to 3 meters from the ground, receives little sunlight. Broad-leafed grasses, a large number of smaller ferns, and non-woody plants like begonias are abundant. This vegetal group covers and dresses the forest ground.

END_OF_DOCUMENT_TOKEN_TO_BE_REPLACED 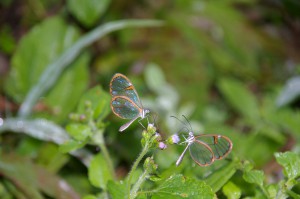 All green shades and the red of its soil give life to the “Selva Misionera”, area with the largest biodiversity in Argentina, located in the northern part of the Misiones Province.

This subtropical jungle imposes in its whole, admirable in its pieces, curious in its details The majestic silence which dominates in some moments- make our ears enjoy this infinite sensation, as at the same time alert us about a climate change. The singing of the birds, the buzzing of the insects and the rumor of the breeze through the branches creates a conspiracy which breaks apart the silent and oppressive calmness.

The conscience of being separated by a green vastness from civilization in which we can’t see more ahead than a few meters produces deep sensations which cant be explained by reason.

END_OF_DOCUMENT_TOKEN_TO_BE_REPLACED

The very best option to enjoy a 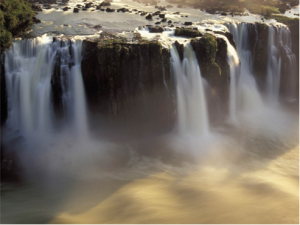 Two hours from the world famous Iguazu Falls, Yacutinga Lodge and it’s wild life refuge, is located deep in the pristine part of the Misiones jungle, almost entirely surrounded by the upper Iquazu river, – the same river that curves through the Nataional Parks of Argentina and Brazil, and continues to flow southward to form a gigantic horseshoe, that becomes the majestic waterfalls.

This green forest by day and copper forest at sunset, with its water and densely contrasting Misiones red soil, reveals the excellent state of conservation of the reserve, that has hardly felt the impact of agriculture and livestock expansion; mainly due to the use of high standards in sustainable tourism.

Its deep forests of native trees, lianas, orchids, and impressive sounds of nature, is the home of several species of plants and animals, such as the Palmeto Palms and Rosewoods. Also conserved, a third of the country’s bird population, that coexist in perfect harmony with colorful toucans and more than 570 species of butterflies. (Among them, one new subspecie to science).

END_OF_DOCUMENT_TOKEN_TO_BE_REPLACED 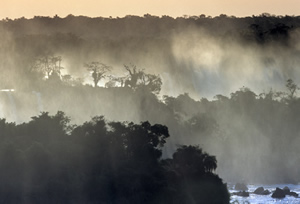 Sustainable tourism has established itself as not only a large and crucial component of a rapidly growing tourism industry, but also an invaluable and increasingly effective weapon in the fight against the destruction and loss of our natural ecosystems and cultural heritage.

Concepts of sustainability itself are relative newcomers to mainstream culture, having evolved from early ideas about ecotourism, adventure tourism and responsible travel. These contemporary forms of traditional tourism gained prevalence in the late 1980s and steadily took root as enthusiasm for conservationism and sustainable practice, or ‘green living’, grew hand in hand with increasing concerns over the fragility of our environment. In 1987, the `Brundland Report’ to the United Nations General Assembly, alerted the world to the urgency required in making swift progress toward economic development that could be sustained without depleting natural resources or harming the environment.