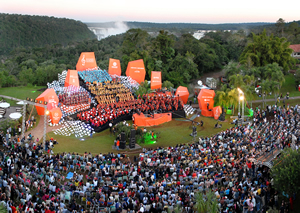 “Iguazu en Concierto” is a music festival of juvenile choirs and orchestras. Seven hundred teens and children arrive from the five continents to play on a wonderful scenario; the Iguassu Waterfalls and the Atlantic Jungle in its maximum potencial.

During 6 uninterrupted days, different free concerts can be watched in different hotels in the area.

As a final act, the choirs join the orchestra to play a wonderful concert in front of the waterfalls, truly a show you must not miss.

This event counts with the presence of big Argentinian music personalities, such as Elena Roger who was the godmother in the year 2013. She did various interpretations during the festival, including her acting in the final concert next to the seven hundred children and teens. In the 2012, Gustavo Santaolla had the privilege role of playing in the final concert with the children.

In the year 2014 the ambassador of this event was not lesser than Susana Gimenez, one of the most important TV stars of the country.

Each orchestra and choir is chosen through an exhaustive search made by the Artistic Direction of the festival, represented by Andrea Merezon, known nationally and internationally in her ambit, and winner of a Latin Grammy in 2005.

The seven hundred juveniles practice under the teaching of great professors from the Teatro Colon (The most important theater in Argentina, located in Buenos Aires)

The entrance is free but it always depends on the capacity of the place.

For more information we recommend to visit their website: 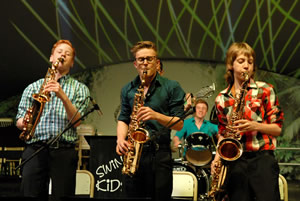 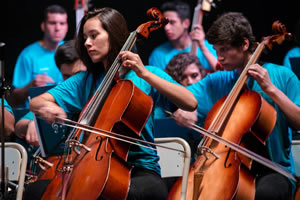 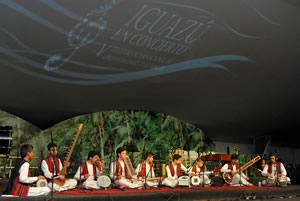 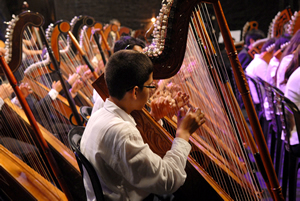